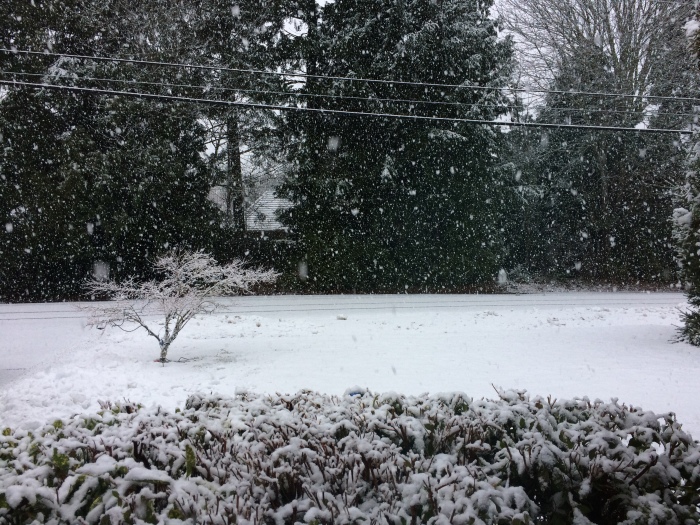 As usual, I totally underestimated how busy I’d be over the holidays, so I haven’t finished up all my goals review posts ahead of time, like I thought I would, but here we are on New Year’s Eve, so I figured I’d quickly review my goals for 2017 and see how I did… Then next week I can go over what I want to accomplish in 2018.

For 2017 I gave myself 5 miscellaneous/personal goals.  I did a review back in September, and honestly, I don’t know that I have too much to add my review right now, but I’ll go over each one anyway…

Goal #1: Visit with Friends & Family at least 2 Times per Month

I’m going to call this one a success.  I know that I was a little disappointed in myself back in September, when I did my review, because I felt I wasn’t being intentional enough.  But I did concentrate on it quite a bit at the end of October and beginning of November, so I feel like, even if I wasn’t fully intentional about the goal the whole year, I definitely did meet the minimum of 2 times per month throughout the entire year.  Success!

In September I had read a total of 8 books.  When I started reviewing these goals, I didn’t think that I had completed the 4 more that were required, but let’s quickly go over the list:

So close… But not quite there… 11 out of 12 is pretty good.  Especially because I have actually probably read close to a full book if you count all the books I’ve started and just haven’t had a chance to quite finish up… I’m going to give myself a pass on this one.  It is such a big improvement from last year (where I read only 4 books all year) that I feel the intention of this goal was met.

Please don’t judge me too harshly on my selection of books.  I realize a lot of them are pretty fluffy or easy reads, but I didn’t give myself any specifics on types of books…

When I did my update in September, I basically had abandoned this goal without giving too much of a reason… Well… Now that the cat’s out of the bag, so to speak, I can explain that just as I had plans to start some serious half-marathon training, which would have helped me get to the 1000 km mark pretty quickly, I found out I was pregnant.  And during that first few months I had so little energy, I didn’t keep up with regular running… So I decided to just abandon this goal and try again some time in the future when I’m not pregnant…

There has been pretty much zero progress since my update in September… I did do some meal planning in September, and at the end of that month I decided to try for some more meal planning for the following month… But after that point, I didn’t really do any other monthly focuses… So, that this has sort of been a failure…

Similar to the monthly focus goal, the monthly challenge goal has been a bit of a failure… With my update in September, I decided that my “challenge” for September would be to try and empty out a bunch of draft posts, but I didn’t actually get them all posted… But I did make progress on posting a bunch of older posts… And I guess my 20 minute tidy goal of December could be counted as a monthly challenge.  But that still leaves me at 5 months out of 12… So, less than 50%… I wonder if having both a focus and a challenge to come up with and work on each month was too much?  Or it may just have been too much going on with the renovations and dealing with the challenges of early pregnancy…

Have you reviewed your goals from 2017?  Do you have goals for the new year?

I hope everyone has a great new year’s eve.